Brenna Miller graduated from the University of Lethbridge with a Bachelor of Fine Arts Degree in 2012.  To this day, she’s constantly making art, whether she’s splashing out an acrylic painting, breathing life into a block of sculpting clay, or capturing a portrait of someone special, pencil stroke by pencil stroke. 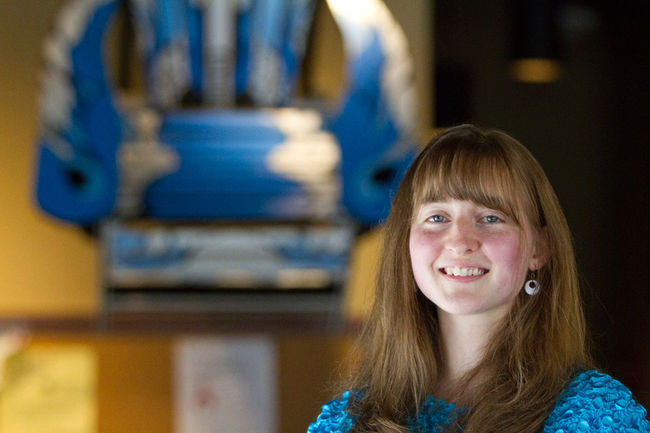 Back in elementary school there was a picture of a cartoon dragon hanging in the classroom that she copied into her notebook over and over. That’s when the other kids starting asking her to draw them stuff.

After that, her interest in cartoons and animation only grew. In high school she was sketching characters from Fairly Odd Parents, Invader Zim, and Danny Phantom along the margins of her schoolwork. Nowadays, her original art usually incorporates the vibrant colours and  bold lines that she grew so fond of in animation.

When she was fourteen, she bought her first slab of Super Sculpey clay to build figurines of her favorite movie characters. Her first sculpture was a 6- inch statue of Franny Robinson from Meet the Robinsons. Τo see everything she’s sculpted since then, visit the page Figurines.

When she’s not sculpting she’s drawing. She’s found a rewarding niche drawing  memorials of others’ fur babies and loved ones. “There is nothing more gratifying than having someone trust you with a photo of someone special,” she says.

2010    The Object of My Attention, Juried exhibition, University of Lethbridge Art    Gallery. Curated by Sandra Dyck.

2011     Out of the Ordinary, Juried exhibition, University of Lethbridge Art Gallery.  Curated by Emily Falvey