Here's a new sculpt I'm working on of Jack Skellington. I'm paying specific attention to his bony hands this time, and going to utilize some carving skills to sharpen him up after he's baked. Also going to add wings, trying to decide between using real feathers or sculpting them out with clay...hmm maybe I'll utilize both actually... 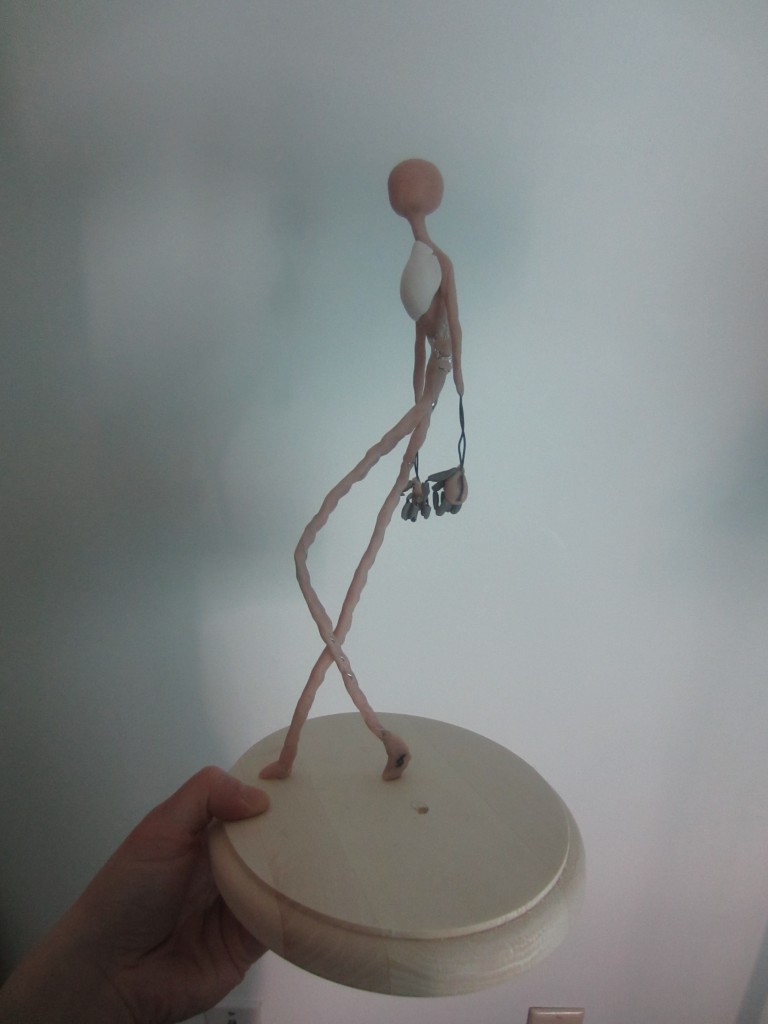 Here's a little Yoshi made out of super sculpey and painted with acrylic. 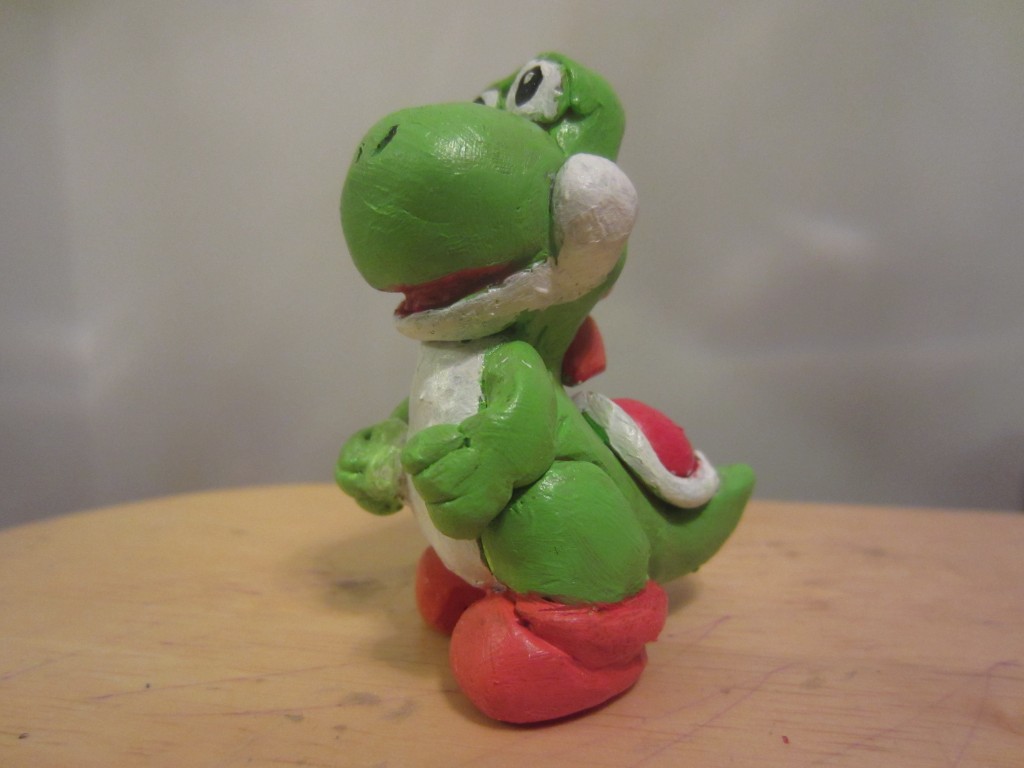 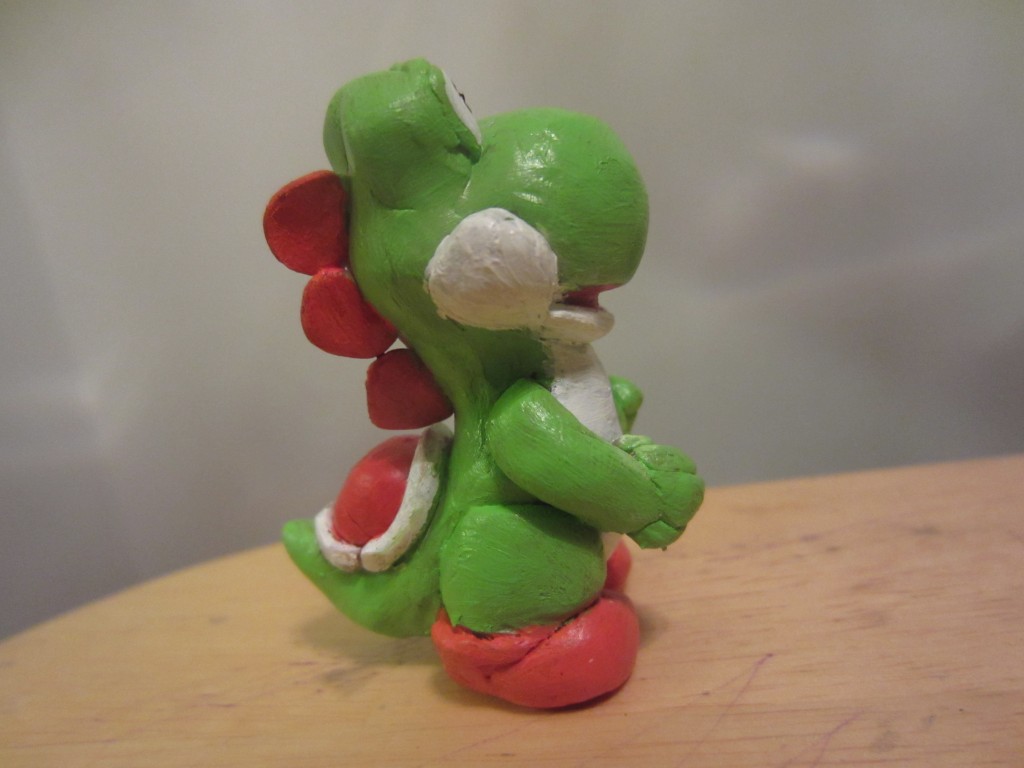 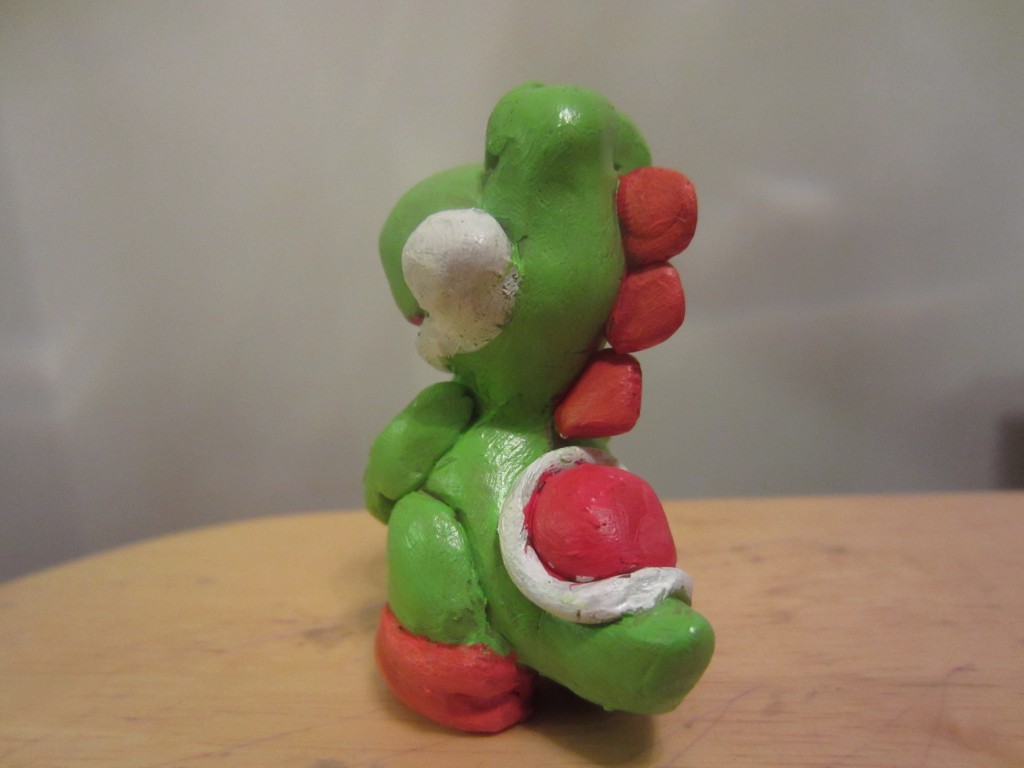 Made this Toothless ( How to Train Your Dragon) figure for my sister for Christmas. It's about 4 inches tall including the wings. 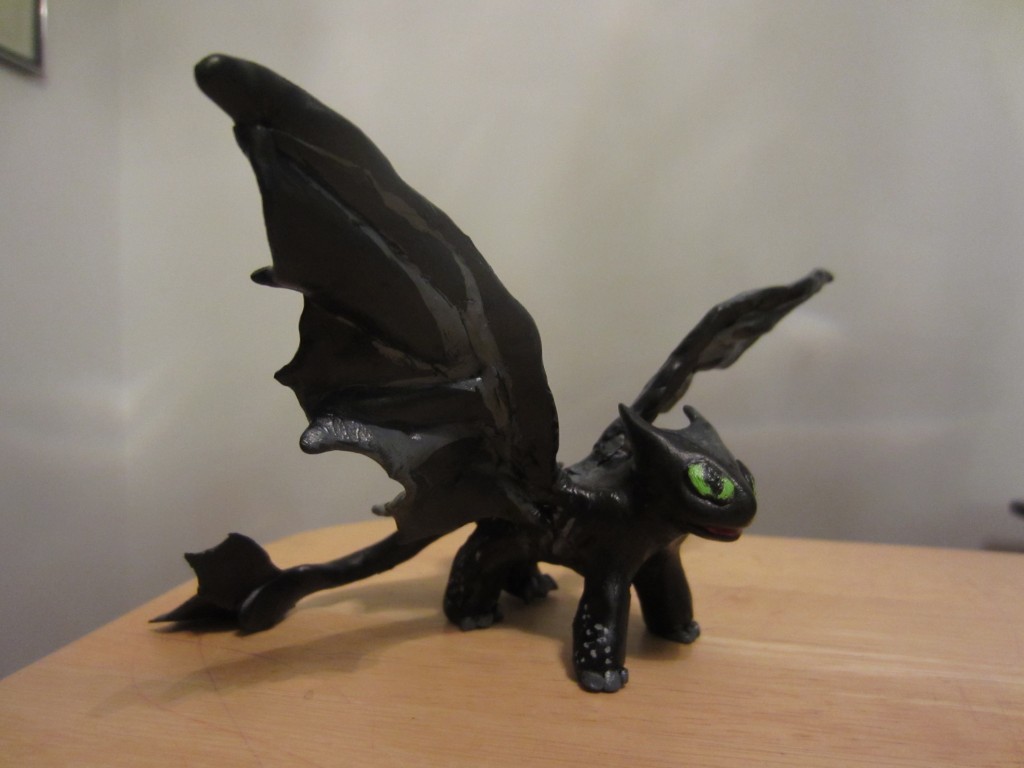 Hi! Here is the finished version of the proposal sculpture I was working on. That's right, it's Jack and Sally from Tim Burton's Nightmare Before Christmas. My first time making a sculpture involving two persons, it was an exciting challenge. I was thinking of how I would do Sally's stitching on her body, since I really wanted it to pop out, like in the movie, instead of just painting it on. I ended up chopping up some thin wire and pressing it into the clay in a stitch pattern. It created just the effect I was going for!

I was most looking forward to making Jack's bat-necktie and coat-tails, I just think Jack's design from the movie is so brilliant. So simple and elegant.

I was dreading painting all the different patterns from Sally's dress, but the attention to detail was worth it because now I think that's one of the best parts of the figurine! I don't know why, but I was also super excited to make Sally's eyelashes ( out if wire, again). Maybe because I knew that once her thick eyelashes were on she would really look like herself. All in all, a great project. Hey, it's what I love to do. 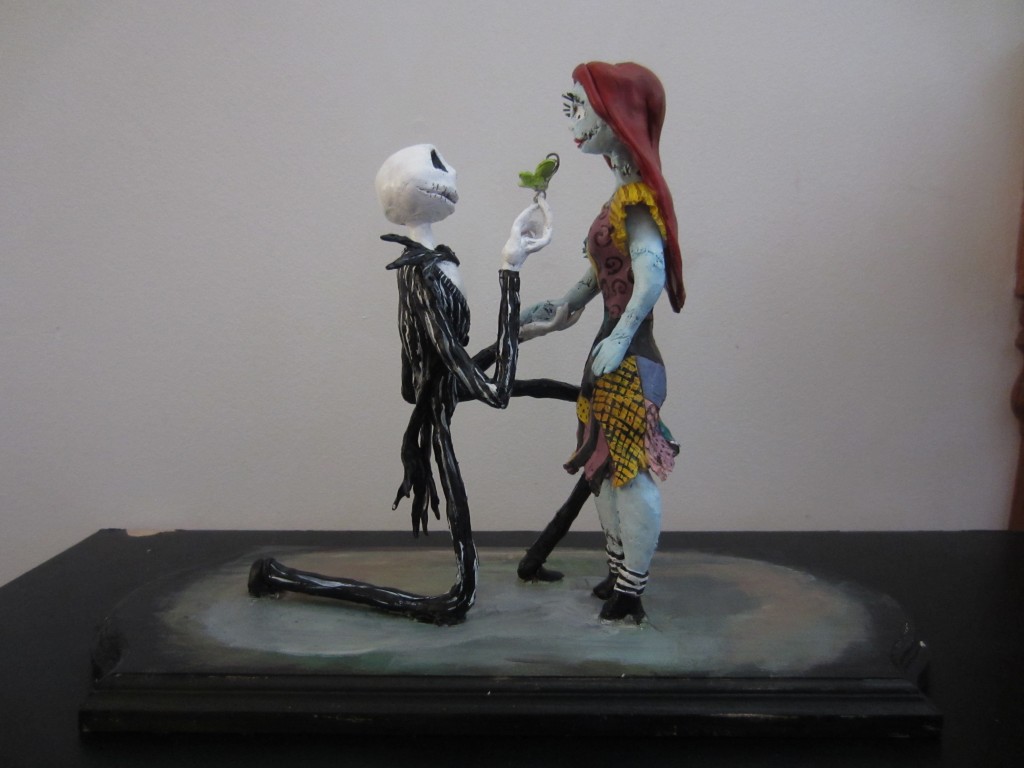 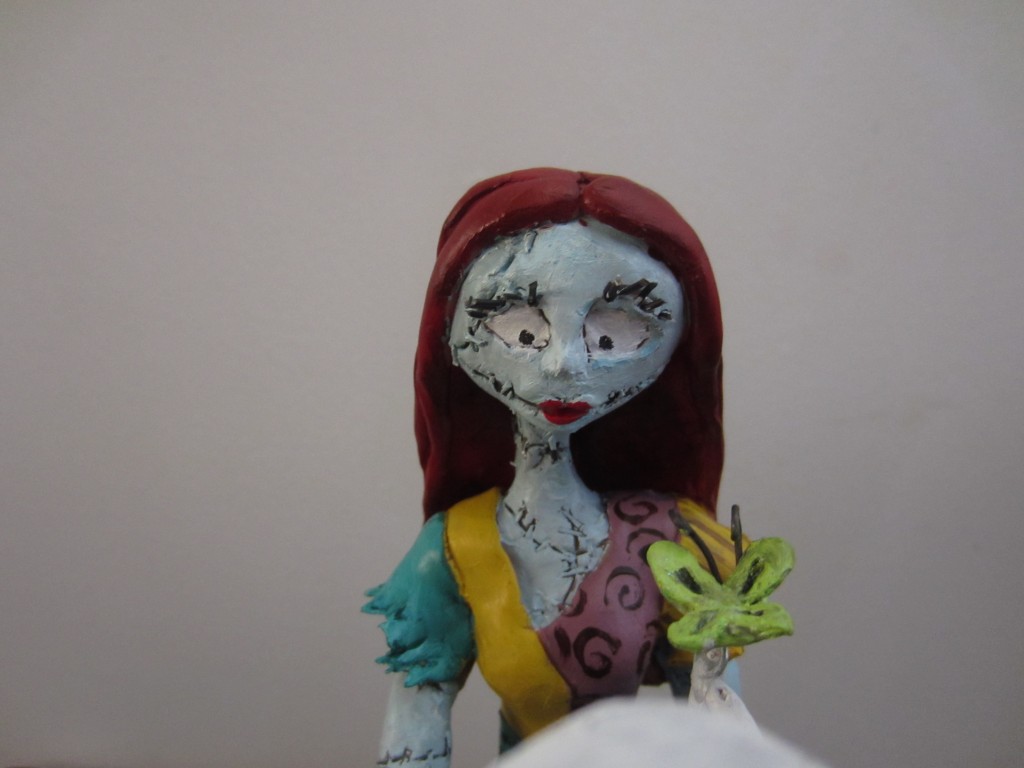 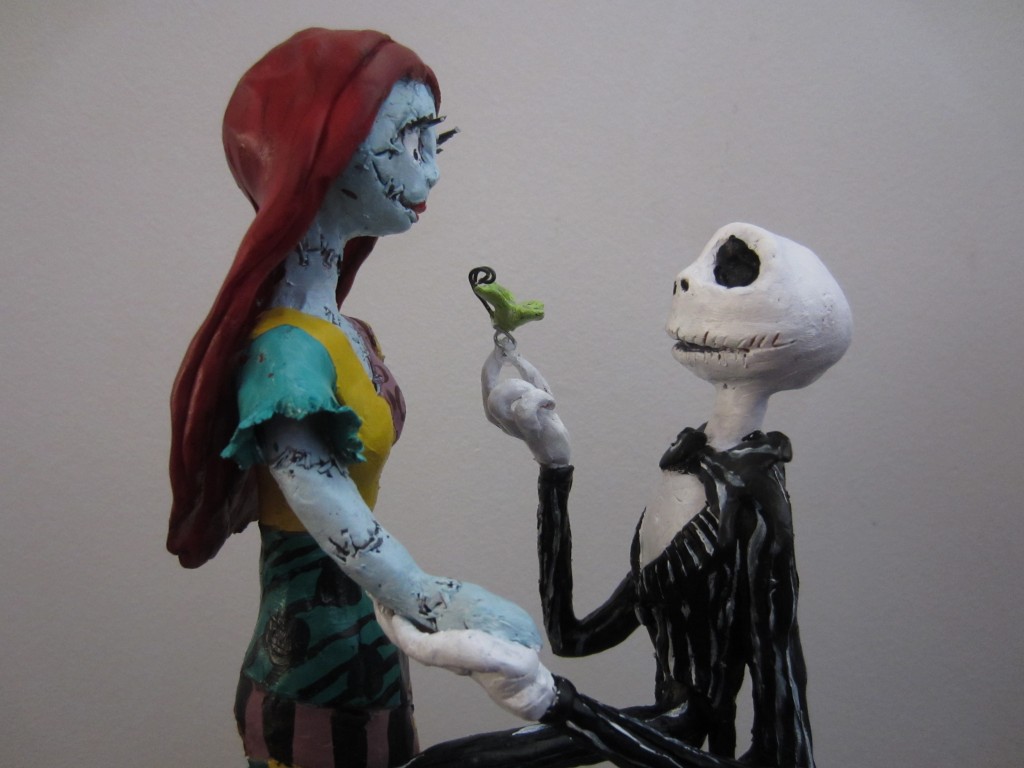 Hi! I've been asked to make a sculpture of a wedding proposal, so that's what I'm working on right now! Here is the armature. Next stop, sculpey! 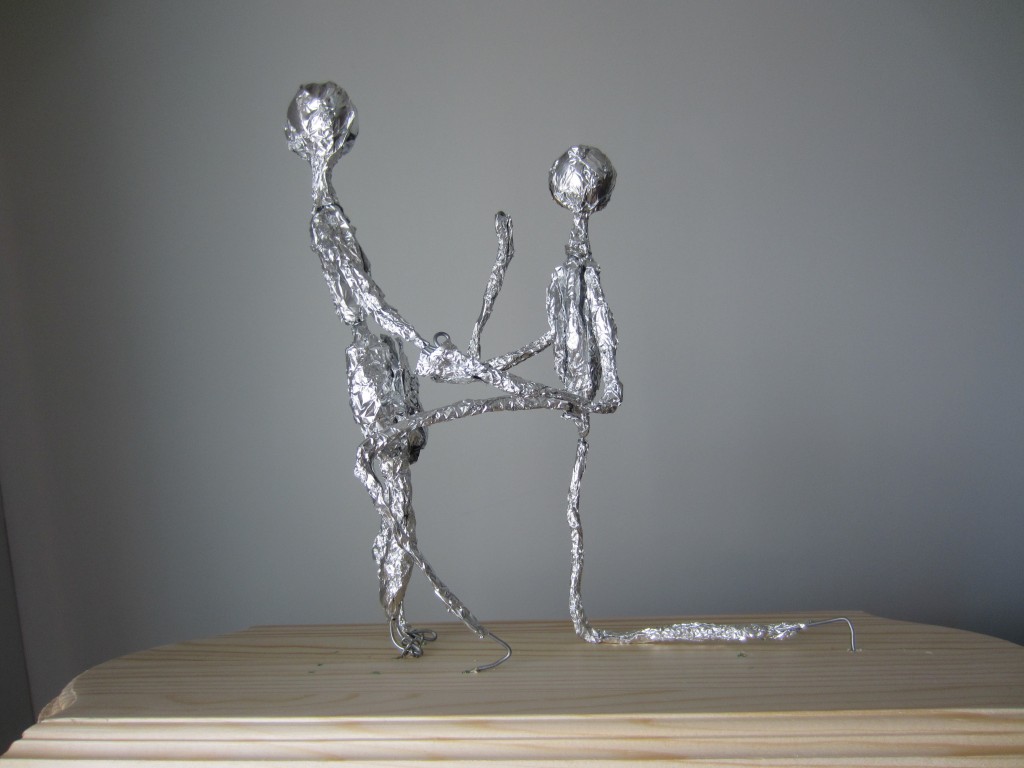 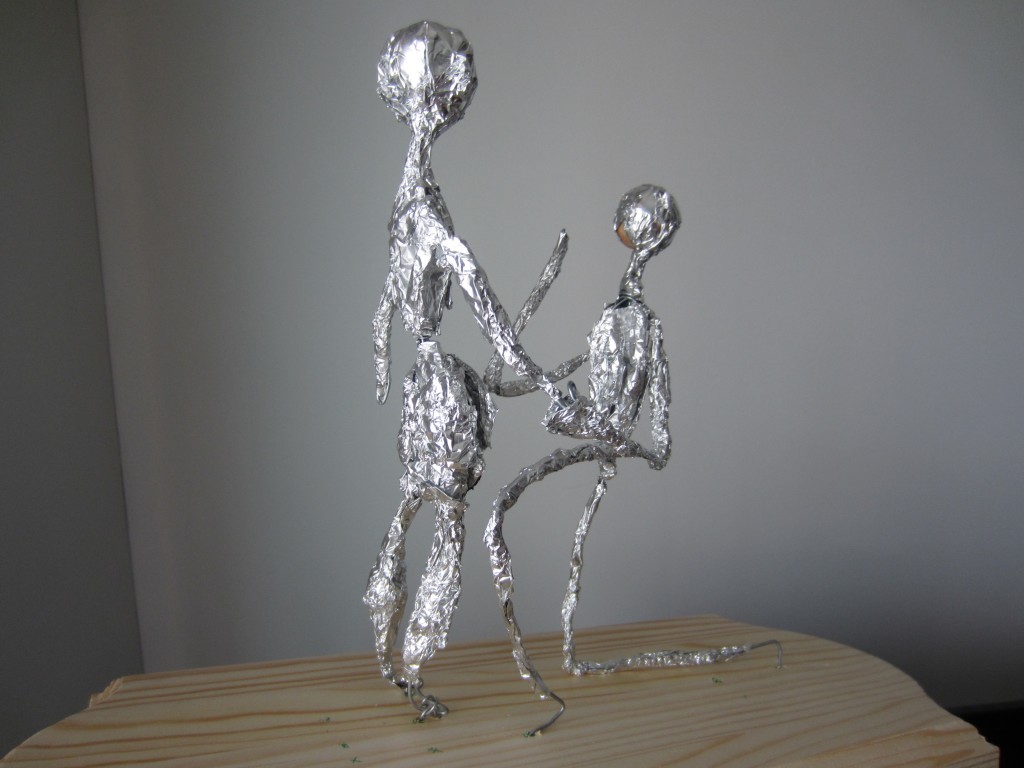 Here are two dolls made out of super sculpey and fabric that I just finished. They are filled with polyester beans like  beanie babies. 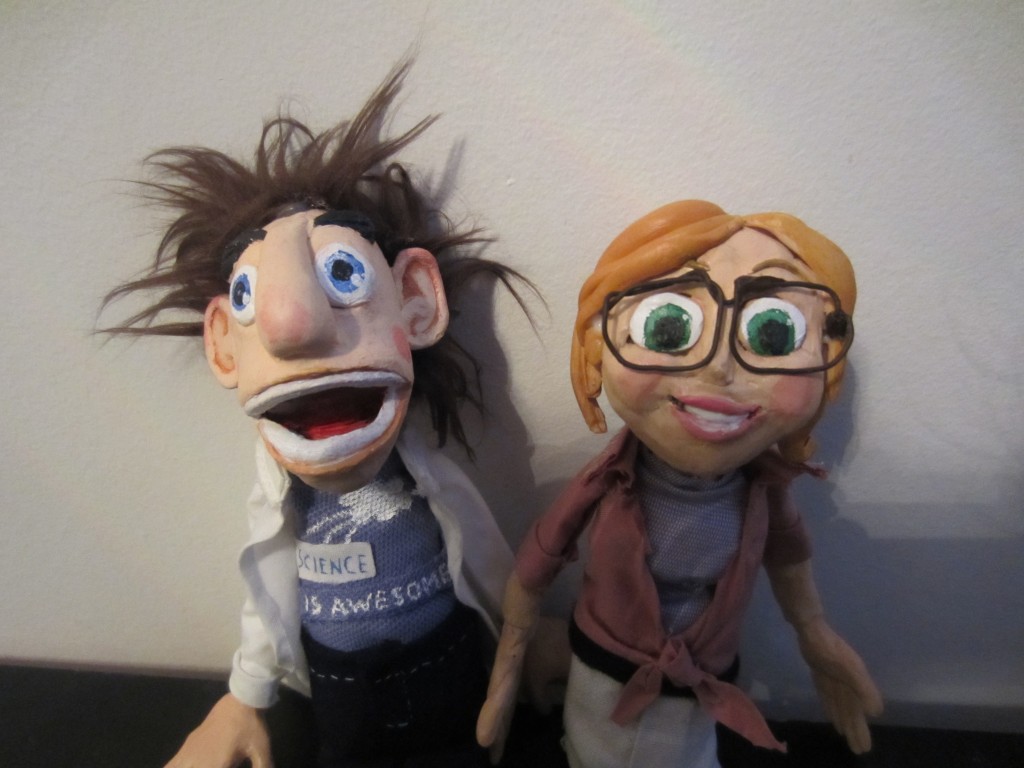